What are the most common types of electricity and the principle of the tropics?

What are the most common types of electricity and the principle of the tropics?

The electric companion tropics are made up of conductive polymers and two parallel metal wires and insulating layers. Its characteristic is the conductive polymer positive temperature coefficient has a very high, and parallel to each other, can be with the temperature change of the heating system automatically adjusts the output power limit, automatic heating temperature, can be arbitrarily truncated or inscribed in a certain range of long use, and allows multiple overlapping and non high temperature hot and burned into the. 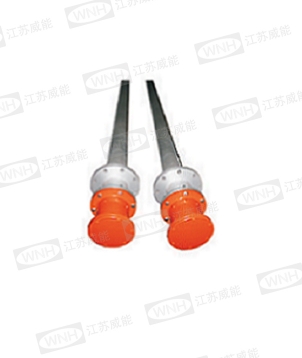 Since its application in 1971, the self limiting electric companion tropical zone has become the most common type of electric tropical zone in the world. They can be widely applied to the transportation of liquid objects in pipes, freezing and heat preservation of tanks, maintenance of technological temperature, heating of highways, ramps, crosswalk, eaves and flooring.

In the past, steam heating was always a major thermal insulation. The principle of the work is to heat the heat loss of the insulated pipe through the heat of the steam pipe. Because the heat dissipation of steam is not easy to control, its thermal insulation efficiency is always at a lower level. In 1970s, the energy industry in the United States proposed the idea of replacing steam with heat with an electric heat tracing scheme. In the late 70s and early 80s, many industrial electric heater departments, including the energy sector, had widely promoted the technology of electric tracing, replacing the steam tracing with electric tracing. The development of electric tracing technology has developed from the traditional constant power companion heat to the self controlled thermoelectric heat tracing with the core of the conductive plastic.

Its working principle is that after the electric power is connected to the power supply (it is noticed that the ends of the wire core must not be connected), the current is formed by a wire core passing through the conductive PTC material to another core. Electrical energy increases the resistance of conductive materials and increases the resistance. When the core belt temperature rises to a certain value, the resistance is much enough to almost block the current, and the temperature does not increase. At the same time, the electric tropics transfer to the low heating system. The power of the electric tropics is mainly controlled by the heat transfer process, and the output power is automatically adjusted with the temperature of the heating system, while the traditional constant power explosion-proof heater has no such function.

The installation of the electric companion tropical zone is divided into the outer wall of the equipment and the electric heat tracing, the part distribution system of the first end terminal junction box and the outer insulation layer. Today, the explosion-proof heater manufacturer will briefly analyze what main points in the tropical zone will be installed to cause the end of the fire.

At the end of the cable requires the use of a special terminal box or casing seal, because the structure of electric tropical, two parallel bus has already formed the internal loop, so when installing the first two wires directly connected with the power supply end of the zero line to form a complete loop, with the cause of the fire at the end of the tropical Electric will have the following points:

The tail end is the sealing section. During the installation process, it is necessary to install the tail end junction box for sealing, strictly prohibit the leakage of the tail end of the electric heating zone, and do not install the junction box. After the end is damp, it will easily cause short circuit and fire.

The insulation layer of the tail end is hot and cold, and the conductive part is exposed. In the wet environment of rain and snow, it causes the leakage and fire.

The use of absorbable insulating tape leads to the humid end of the tail, causing a leakage of electricity.

Navigation
Sweep away us